I happen to come across this article that says South Korea has the most Starbucks coffee shops in the world, besting major cities such as NYC and London. In addition to that, Starbucks isn’t even the only coffee brand in South Korea; there are other coffee shops as well. Caffe Bene, Pascucci, and The Coffee Bean & Tea Leaf, to name a few. Among OECD countries, South Koreans work the most hours and young Koreans are always studying to pass college entrance exams, so I suppose they do need their caffeine fix. Reading this article also reminds me of another article I’d recently read, that South Korea is also the world’s highest per capita alcohol consumption, mostly with soju beverage, consuming more than 3 billion worth of bottles. So, as a country that has the most coffee shops and lead the world in alcohol consumption makes South Korea the thirstiest drinkers in the world?

Links
KOREAM: CAFFEINATED NATION: SEOUL HAS THE MOST STARBUCKS LOCATIONS IN THE WORLD

The Guardian: Soju the most popular booze in the world. 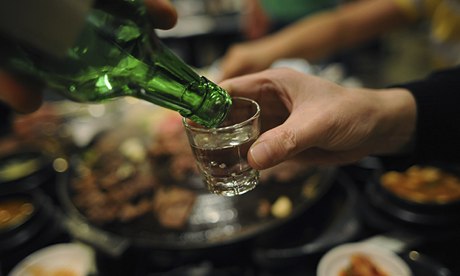