I just did something today that I have never done before. That was to attend a movie screening. Thanks to a cool girl I met recently, her name is Ally Burguieres. She works as a movie critic for her school newspaper at Georgetown University, so she gets to go to movie screenings and for free! Guess where the movie screenings were at? None other than the Motion Picture Association of America (MPAA) building in Washington DC, the sorry organization I’ve been leeching off from on my Linux server. The irony was that it was free too but in a different sense. The only difference was that I cannot put the movie on pause for my bathroom breaks. 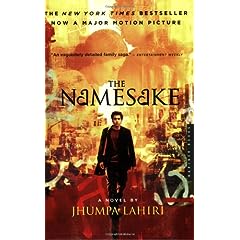 Out of all movies that are out there, the movie turns to be “The Namesake” about an Indian boy who has an identity crisis with his name that is not even Indian.

Before I even start, I have this firm belief that if you are deaf and unable to hear what characters are saying and that there are no subtitles, there is absolutely no reason to go to movie theaters. You’d be clueless as to what the movie is talking about and you can slowly feel your ten dollars being drained away unless you think cool special effects justify the ticket purchase, which some of my friends did with Star Wars movies. It’s almost as same as buying a glossy hard-covered book with blank pages. When you finally do get out, your understanding of the movie isn’t that much better than you step into the theater before. “Light saber fights were so awesome!” “Um, why did Anakin turn into Darth Vader?” “Uh, no idea.”

But she gently informed me that this movie, the Namesake, might have some subtitles since it follows an immigrant family from India, settling into the city that is the most diverse city in America and home to millions of immigrants, New York City. In spite of that, the family moved during the 1970s and they were among the first group to migrate from India so the husband and the wife only had each other to support, then they had a son which they named Gogol. They spoke Hindu, thus, some English subtitles were shown.

The name, Gogol, is a Russian name taken from a short story author, Nikolai Gogol. It is his book that has miraculously stayed in the father’s bloody hands after he survived a devastating train accident which left him in a full cast and unable to move for a few weeks. After having recovered, they left India to live in New York City with his wife and soon thereafter, they have a first-born son and they decide to name him Gogol after the Russian author, to remind how lucky and blessed their life are and to be holding a healthy baby. Obviously they did not think about the social effects that the name may bring to the boy and his life.

Sloppily dressed in a navy baseball shirt with a number 83 on his chest, Gogol, acted by Kal Penn who was made famous from the movie, “Harold & Kumar Go to White Castle.”, shows what it takes to be an American. He dates a white girl, plays loud metal songs, rebels against his parents, smokes a joint and of course, hates his own name. Even his sister is equally American, spraying colors in her hair, sporting both bright and dark lip colors, and wearing fishnets on her legs. Later in the movie, it would have to take someone’s death in the family to finally realize what does it mean to be an Indian and sheds a baseball shirt with a white saree.

Kal Penn tries his best to portray as an Indian-American but his limpy body prevents him from looking like an All-American guy and resembles nothing like those model bodies in Abercrombie & Fitch cover magazines. Even in a few nude scenes, his body actually reminds me of Gandhi’s. Sad to say, Kal Penn’s fate, to me, may be already and forever sealed as a slacking college Indian whiz who smoke marijuana joints.

The movie takes us through different phases of life that we all may have experienced at some point of our life. It is a movie that reminds us that we aren’t the only ones experiencing life’s struggles and that all the immigrants who came to America, from the pilgrims to Englishmen to Germans to Italians to Irishes to Chineses to Purples and lately, Indians all experienced same things when they arrive at a new land with little of what they have. The movie moves mostly in a chronological order with a few flashbacks linking to the name of Gogol and ends with a feeling that is touching and that life shall go on.

Although the movie title says “the Namesake”, it doesn’t necessarily revolve around the name but we can see how the story is developed behind the name and how they resolve together to overcome obstacles they face in life—unknowns, hardship, death, infidelity, and family/cultural values.

If you found yourself covered in blood, barely able to move but you see this book that spells “Gogol” that stares directly into your eyes, you cannot help but bound to feel that you are meant to survive, to live and with that, you damn better live your life with a purpose. That’s exactly what the father did and in the end, the son finally understands and was able to accept his name, Gogol, for the reminder of what it is.

When she and I got out of the theater, I thought to myself, hey, that wasn’t too bad, with its limited subtitles and my lack of ability to hear but I could understand the movie and managed to make some reflections of my own.

What’s so cool is that I get to see a movie that hasn’t been released in theaters nationwide and free too!