Yet another iPad review

Though there are tens of thousands of iPad reviews already, I still feel like writing one and will be brief at that. Well, first all, iPad is unlike anything I’ve used before. Why? simply the hardware form factor of it. Every other device has a keyboard, so my brain was wired to using keyboards and to type in a rapid manner. Not on this iPad, my mind actually slowed down, altered the way I would normally compute. Okay, I just need to touch on the screen, swipe/tap something. Pause, absorb information in (combination of reading and scanning—basically looking for key points in each paragraph, from top to bottom). Then I move on to the next thing, whatever that holds my interests. As a webmaster for Google, I also looked at some of webpages and see how these look on the iPad. They all look clean, structural, thanks to a defined styleguide that we have developed over the years. e.g. https://chrome.google.com/extensions – plenty of whitespace, blue hyperlinks, one clear to action blue button, and page speed.

I had a VC chat with my parents recently and was showing them the iPad. My dad isn’t exactly very technical person but he grasped the concept of it right away. He likes to read comics, so I was showing different comics right on my iPad, also showed USA Today, which my dad subscribes to. Then I showed books and magazines to my mom. All within swipes and taps. The most important part of this is space. There are countless books, magazines around in my parents’ house and we’d have to haul them around, and re-organize again. There is none of that with my iPad.

Now, my mom’s thinking abt getting Kindle (says iPad is a bit too much for her), so she can read all the Danielle Steele’s books. But my dad will keep his USA Today subscriptions. I have been meaning to order the new T-Mobile Sidekick, not because it has a built-in camera or that it’s a bit smaller and lighter than its predecessor but a better vibration. With my current sidekick, I often would have to check my pager to make sure I didn’t miss any alerts. Ah, one of the many pitfalls of being a Deaf person. 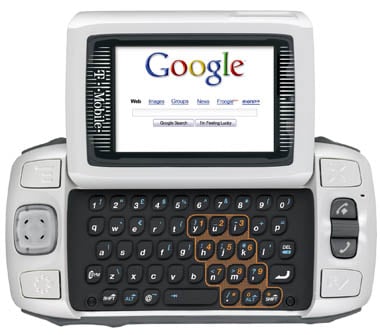 So, I scorched the Net for the absolutely best deal on the sidekick 2. For the reference of price comparison, I used the T-Mobile’s upgrade offer, which is outrageous at $370 dollars or $300 dollars with the purchase of voice/data plan, $39.99 or higher, for 12 months contract. Of course, I don’t use the voice plan at all. Then, I saw this page that you could get it for free but only to add an additional line to your current account, phffth. So, the best deal comes to deafpager.com and fusewireless.com. They offer similar pricing, with one $50 dollars rebate from T-Mobile. You may be inclined to ask how come their deals are lower than most online retailers. The secret is that they have an agreement with Sprint and MCI relay. They pay them to install Sprint or MCI relay programs onto sidekicks. (I believe deafpager.com works with MCI IP-Relay while Fuse Wireless uses Sprint relay). Sprint and MCI are fierce competitors, vying for more customers to use their relay so that they could garner more minutes, which will be reimbursed by the FCC. Somehow, fusewireless.com adds $20 dollars fee to the initial price of $149, bumping the price to $169 while deafpager.com doesn’t. Moreover, deafpager does offer a free color bumper to customize your sidekick plus a free car charger. I entrusted my order to deafpager.

Deafpager.com said it’ll be within 48 hours that the order will be processed. If they don’t, I’m gonna report to the Better Business Bureau!

I’m a big-time tech freak so I surf tech webs regularly and saw this new vacuum from Dyson. This vacuum was awesome because it could also be used as a car vacuum cleaner. I’d already promise myself that I would buy a Dyson vacuum as soon as I buy a house but that’s like 5 years away from now. Now, this guy Dyson just released a new vacuum called DC15 with the ball movement. It’ll allow you to vacuum more efficiently and getting the work done more quickly. Seeing the pic has made me hardly wait to buy my first Dyson vaccum!

*wheezing* I’m a regular visitor to one of my favorite websites, Gimzodo.com, and it tracks any latest gadget and is updated daily (it’s a blog website). It keeps me abreast of new technology stuffs that are coming out everyday. If you own a xbox, you’re in a luck. Xbox is arguably the easiest system console to mod. Why is that? Because it’s based on a PC system. People are able to crack the xbox open and simply flash the BIOS. Bingo, you have an modded xbox that can play any kind of vidoes, MP3s, and can be a server to store files. I installed a 160 gb hd drive into my modded xbox. Now, this link, http://www.cc.gatech.edu/~ranma1/mac_install.html, you CAN install a fully operating system, Mac OSX, onto an modded xbox! I’ve decided that this will be a project and I will attempt to install Mac OS on my xbox. Can’t wait!